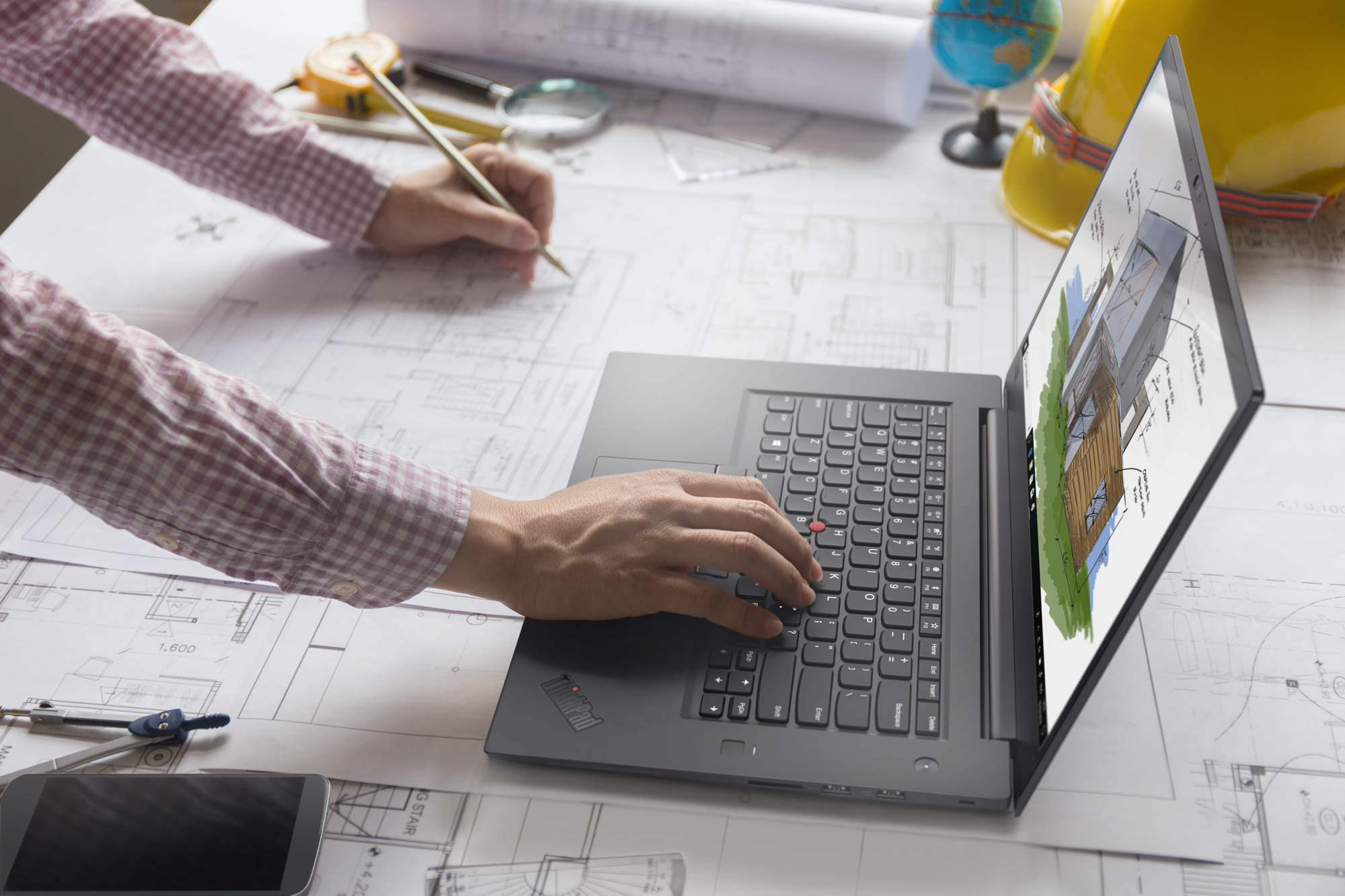 At Berlin today Lenovo holds its #LenovoTechLife event. A precursor to IFA 2018, this is where all the new consumer goodies are announced. And there are quite a few announcements today.

I will not talk about all of the announcements, but instead concentrate on three – these are most important to me in some way. 🙂 These are the:

I have some other Legion news at the end of this article.

There are a bunch of other notebooks, Chromebooks and other gadgets announced: 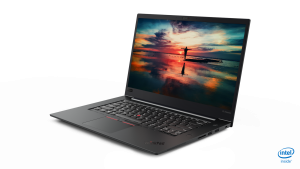 The X1 Carbon and X1 Yoga has been a big hit with Lenovo. But some found the screen a bit too small. Well, that can’t be a problem any longer, because Lenovo just announced the ThinkPad X1 Extreme!

This is basically an enlarged version of the X1 Carbon, with a 15.6″ display. It also has much stronger hardware inside with support for 45W CPUs and dedicated graphics. It is a true powerhouse! And if you think it looks like the recently announced ThinkPad P1, you would be right, because they share the same design (chassis)! 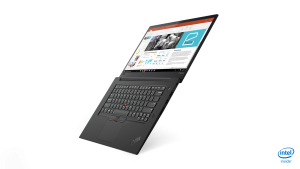 The ThinkPad X1 Extreme gets the latest 8th gen 45W CPUs from Intel, which include the i7-8750H and i7-8850H CPUs. There is no Xeon option for the X1X. Memory wise there will be two DIMM slots that house 2400Mhz DDR4 memory. And yes, they will be slots, so you can expect to update the memory inside the X1X! 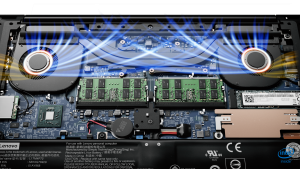 The CPU includes the Intel 630 UHD graphics option, but the X1X comes with a dedicated graphics card. This will be the NVidia GTX 1050 Ti MaxQ with 4GB of video memory.

You can order the X1X with either an FHD non touch or a 4K+touch screen option. The 4K+touch supports a digitizer, so that means pen input! 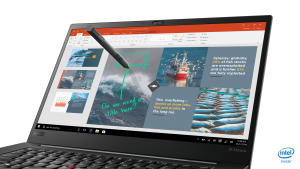 Connectivity options are WLAN and Bluetooth. 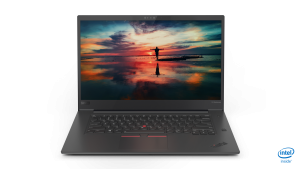 Unfortunately the ThinkPad X1 Extreme will not get a WWAN option (neither will the ThinkPad P1, by the way). This is an unfortunate side effect of making things smaller. Lenovo tells me there was simply not enough space left to accommodate the WWAN module. 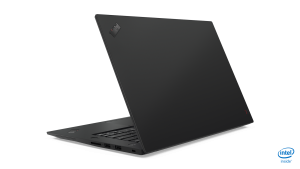 The ThinkPad X1 Extreme is a very nice addition to the ThinkPad family. While it is very similar to the P1, there are differences between the two. Given the choice, I would prefer the P1 because it gets the Xeon CPU option.

But the X1X is aiming to be a very powerful machine, and I would almost give it the name “the gaming ThinkPad”. Because while it bears the traditional ThinkPad design elements, giving it a GTX graphics option with powerful CPU and lots of memory just begs people to play games on these – after they are done with the work day! 🙂

The ThinkPad X1 Extreme will be available in Europe in September for a starting price of 1695€ + taxes.

Here are some external video links of the ThinkPad X1 Extreme: 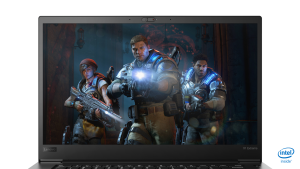 What would IFA be without the next Yoga? This time around the naming changes a little bit: I wonder what the C stands for at the beginning?

Gone is the wonderful watchband hinge that I have been admiring many years – but I actually really like the new hinge design, it is fresh and cool. The YOGA C930 looks very professional and sleek. 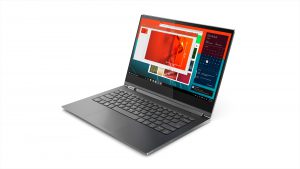 There are three colour options: Iron Gray, Mica and Glass Design. The latter has the lid covered in glass for a more stylish look (although I would be careful about getting anything glass in my devices 🙂 )

The YOGA C930 gets the 8th generation of Intel Core CPUs, the i5-8250U and the i7-8550U. These curiously do not  belong to the Whiskey Lake family just announced a few days ago. (and which can be found inside the YOGA S730, by the way – also announced at #LenovoTechLife / #LenovoIFA)

Other than this, the inside are very typical of a YOGA flagship. Maximum memory is 16GB – you can get either 8GB, 12GB or 16GB. The 12GB option is especially interesting.

SSD options now go all the way up to 2TB, although if you want the 2TB option that will only be available in 2019. 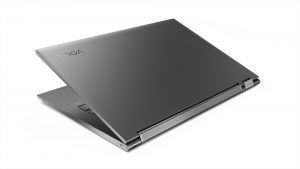 Screen options are FHD and UHD. Both are 13.9″ screens. The FHD has a resolution of 1920×1080 and the UHD 3840×2160. Both offer Dolby Vision, so should be very nice screens indeed. Although the battery life estimate drops substantially if you opt for the UHD screen, with the FHD being quoted for 14.5 hours and the UHD version 9 hours of battery life.

The web camera is located on the top of the screen and also includes a hardware shutter. So no more tape over your notebook – now the physical blocking is built in. 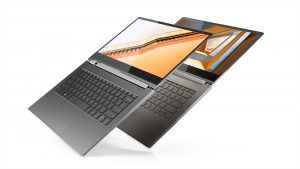 Other notable options are pen input and a fingerprint sensor, which supports Windows Hello.

The pen is called Garaged Pen. It pops out of the chassis with ease: if you press the pen while housed inside, it will pop up. While being inside the notebook the pen is also being charged. So you never need to charge your pen separately! 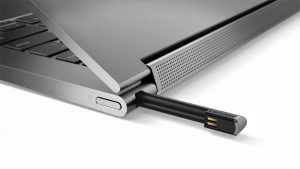 Port selection is ok: there is a single USB 3.1 Type-A port, two Thunderbolt 3 ports (any one of which can be used to charge the notebook) and a headphone jack. 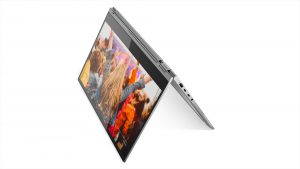 The YOGA C930 gets a new hinge design. The watchband hinge has been replaced by something special. We first saw the watchband hinge on the Yoga 3 Pro. It was then used on many products, the YOGA 900, the Yoga Book first generation, the Miix 510, just to name a few.

The new hinge looks really nice in my opinion, as it still stands out and is not a boring old hinge. Especially, since it houses the speakers for the notebook! It is called a rotating sound bar. It supports Dolby Atmos, and is supposed to be loud and clear.

By rotating, the sound is always clear and audible to the user. With the previous generations of YOGA notebooks, the speakers were at the bottom. This could get easily muffled, if you lay it on a soft surface.

I also like the smaller hinge that has the Lenovo logo written on it. A very nice design element indeed. 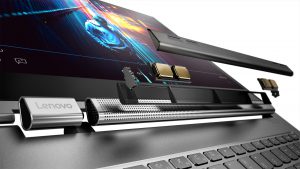 The YOGA C930 seems to be a great update over the previous years, and it is great to see Lenovo continuing their tradition of releasing flagship YOGA notebooks every year. It is packed with performance and top of the line features so satisfy the needs of anyone choosing this machine. I hope to review one when it becomes available 🙂 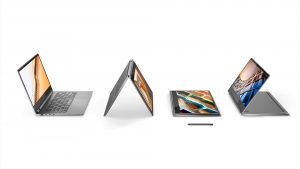 The YOGA C930 will be available in Europe at the end of September for a starting price of 1499€ (price includes taxes).

There are quite a few videos already popping up on YouTube. Here are just two examples:

There are a couple of Legion product announcements. These pretty much got lost in the other news 🙂

The Legion Y530 will be available in Europe with the GTX 1060 card coming October, for a starting price of 1399€ (including taxes).

And finally, there is a backpack 🙂

Lenovo also announced a gaming backpack called the Legion Recon Gaming Backpack. It should fit 15.6″ notebooks. Just like the actual Legion notebooks this year, the backpack also switches to a very professional style. It’s gray with different materials around, and looks quite functional.

I have been reviewing and playing with Legion notebooks this year, and I certainly find this backpack fits the recently announced Legion Y530 very well. 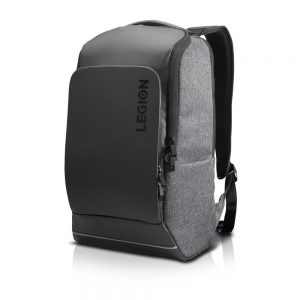 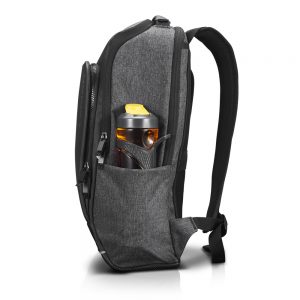 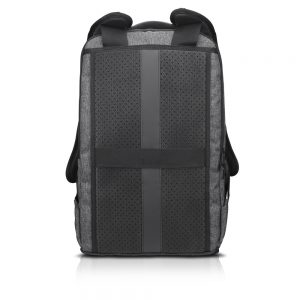 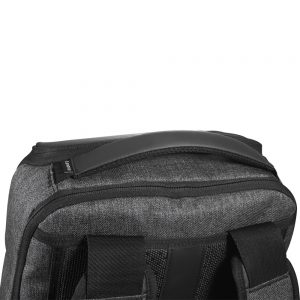 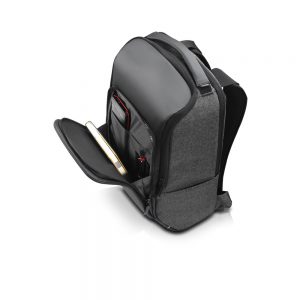 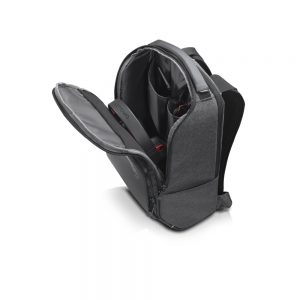