Lenovo today announced an update to the ThinkPad X1 Yoga. The X1 Yoga has been a great success for Lenovo, so no wonder they made it even better. The second generation has great CPU options, Thunderbolt 3 support plus an amazing “rise and fall” keyboard! It should be available to order during February 2017! 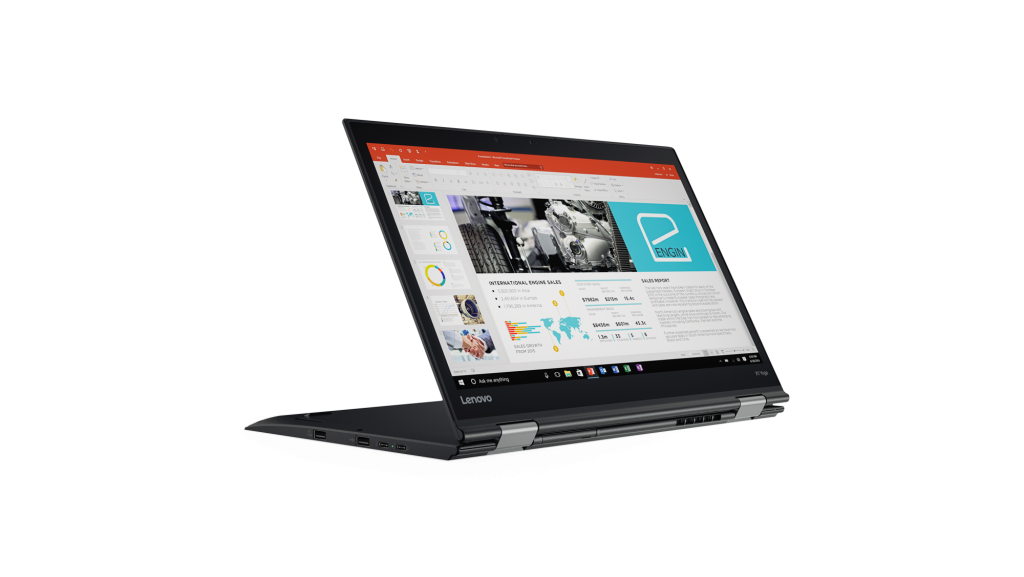 As expected, the new ThinkPad X1 Yoga is available with this year’s Intel Kaby Lake processors.

What is new this year is that in addition to the i5 and i7 processors there are new processor options also available. The i7-7660U and i7-7560U CPUs contain the Iris Plus Graphics 640 integrated GPU – the regular processors come with Intel 620 graphics. Although this is not quite a dedicated graphics chip, it still increases the graphical performance of the X1 Yoga in these models.

Storage options include SSDs from 128GB to 1TB.

I think anyone who followed last week’s announcements of the Thunderbolt 3 ThinkPad dock already knows what will be 2017’s ThinkPad direction. The ThinkPad X1 Yoga gets the two USB Type-C ports that support Thunderbolt 3. But here is the good part: you still get 3x regular USB 3 (Type-A) ports, so you will not need dongles to use your existing devices!

The left side of the device is quite clear with both Type-C ports and two of the Type-A ports available there. The Thunderbolt 3 ports are equal, they can both be used to power the notebook or to power external devices. This means your ThinkPad charger will have a Type-C end that you can plug into either of these ports. 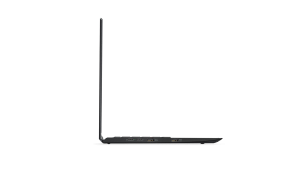 The second generation ThinkPad X1 Yoga also gets a HDMI port and Lenovo also added a native RJ45 port. Because of the thin profile, the RJ45 port will need a dongle – a full sized Ethernet port would not fit in. The dongle will be provided in the box with the machine.

I think this is a good choice on the part of Lenovo, because the RJ45 dongle will now not take up one of the ports, rather has a dedicated port – the first gen X1 Yoga also needed a dongle to use Ethernet, but in that case it used either an USB port or the OneLink+ connector. 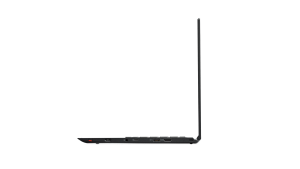 The Mini DisplayPort is gone, but this is offset from the Thunderbolt 3 ports, which along with the HDMI port provide an awesome array of connectivity for the new X1 Yoga! In fact, you can power 2x 4K displays at the same time while still using the notebook’s own display. Or if you have 2K displays (FHD), you can power 4 of those at the same time, in addition to the notebook’s own display – for a whopping 5 displays at once!

You will also be able to daisy chain DisplayPort monitors from a single Thunderbolt 3 port. 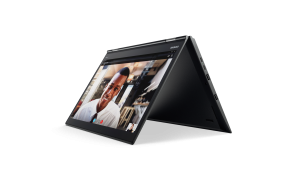 The current generation model has a lift and lock keyboard. When you open the display beyond 180 degrees, the keyboard frame raises and the keys lock in place, so when you use tablet mode, you cannot press the buttons.

Lenovo changed the keyboard design for the second generation.

For the second generation, Lenovo improved this design further, and the ThinkPad X1 Yoga 2nd gen has a “rise and fall” keyboard. The official name for the keyboard is Wave keyboard. Instead of the frame moving now the actual keys come up from the notebook. The keys go down if you close the notebook or if you open it beyond 180 degrees. Sounds like an engineering marvel! You can watch a short video of the keyboard in action (Thank you Jonas Hendrickx and ThinkScopes!) 🙂

The screen options stayed the same as with the first gen X1 Yoga:

All screens include touch and a Wacom digitizer with built in (chargeable) pen.

Lenovo managed to improve the battery life as well. The non-OLED version now gets 16 hours (instead of 12) and the OLED version gets 10.5 hours (instead of 9). Although I never managed to get 12 hours out of my first generation X1 Yoga, the promise of a 33% increase will surely translate to more actual battery life as well. (all X1 Yoga 2nd gen models ship with a 56 Whr battery) 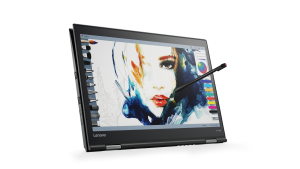 The chassis stays about the same with a little bit of thickness added (less than a mm). The weight stays the same. This is good news, because essentially there are no changes in the size of the notebook. The ThinkPad X1 Yoga first version was a really great size and it’s great that no unneccesary changes are made.

The second generation X1 Yoga will be available in Black and Silver as well. The silver option was first announced in 2015 with the ThinkPad Yoga 260, and now it will be available with the X1 Yoga as well. While traditional ThinkPad fans like the black one better, I like the choice (but would go black myself). 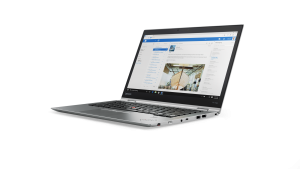 Now that the second generation X1 Yoga is coming, I asked some questions of Lenovo’s Sachin Pathak, who is the product manager for the ThinkPad X series.

[Sachin Pathak] It is all about giving customer a choice in how they use the product and be flexible to adapt to the person’s use.  Yoga form factor allows the ultimate customer choice with 4 mode of operation – PC Mode, Tablet Mode, Stand Mode, and Tent Mode.

I understand that the X1 Yoga has been a great success for Lenovo – did you expect that when you released the machine?

[Sachin Pathak]  We had high expectation for the product but it definitely has surpassed it.  Won numerous awards at CES and with our customers

Were you afraid if could affect the sales of the X1 Carbon? After all, the X1 Yoga is like the X1 Carbon on steroids.

[Sachin Pathak]  We made sure in our development and positioning phase, this was not the case. Both products have a specific use and purpose and that is the reason why they are both successful.

Some features from the consumer line of Yogas (especially the YOGA 900), are missing from the X1 Yoga. Can you comment on why these were left out of the X1 Yoga?

[Sachin Pathak] When designing X1 Yoga, we focused on the Enterprise / SMB customer and their pain points.  When evaluating this, we quickly discovered the key issues for them were:

All these items were very important to the Corporate customer and that is what we address with this product.

Thank you Sachin for your answers!

The second generation ThinkPad X1 Yoga takes the already successful first generation and upgrades it in the essential places.

The biggest change is the new keyboard design and the addition of the Thunderbolt 3 ports, which make the ThinkPad X1 Yoga ready for the future for many years to come. The other changes are more incremental, and the addition of a stronger graphics option is a welcome addition. I like it that Lenovo decided to do more incremental updates. The X1 Yoga was a great machine already, and there is no reason to change more than is necessary.

I wish the second generation ThinkPad X1 Yoga at least as much success as the first generation one had!

If you can’t wait for the second generation X1 Yoga to arrive, why not read more about the first generation?