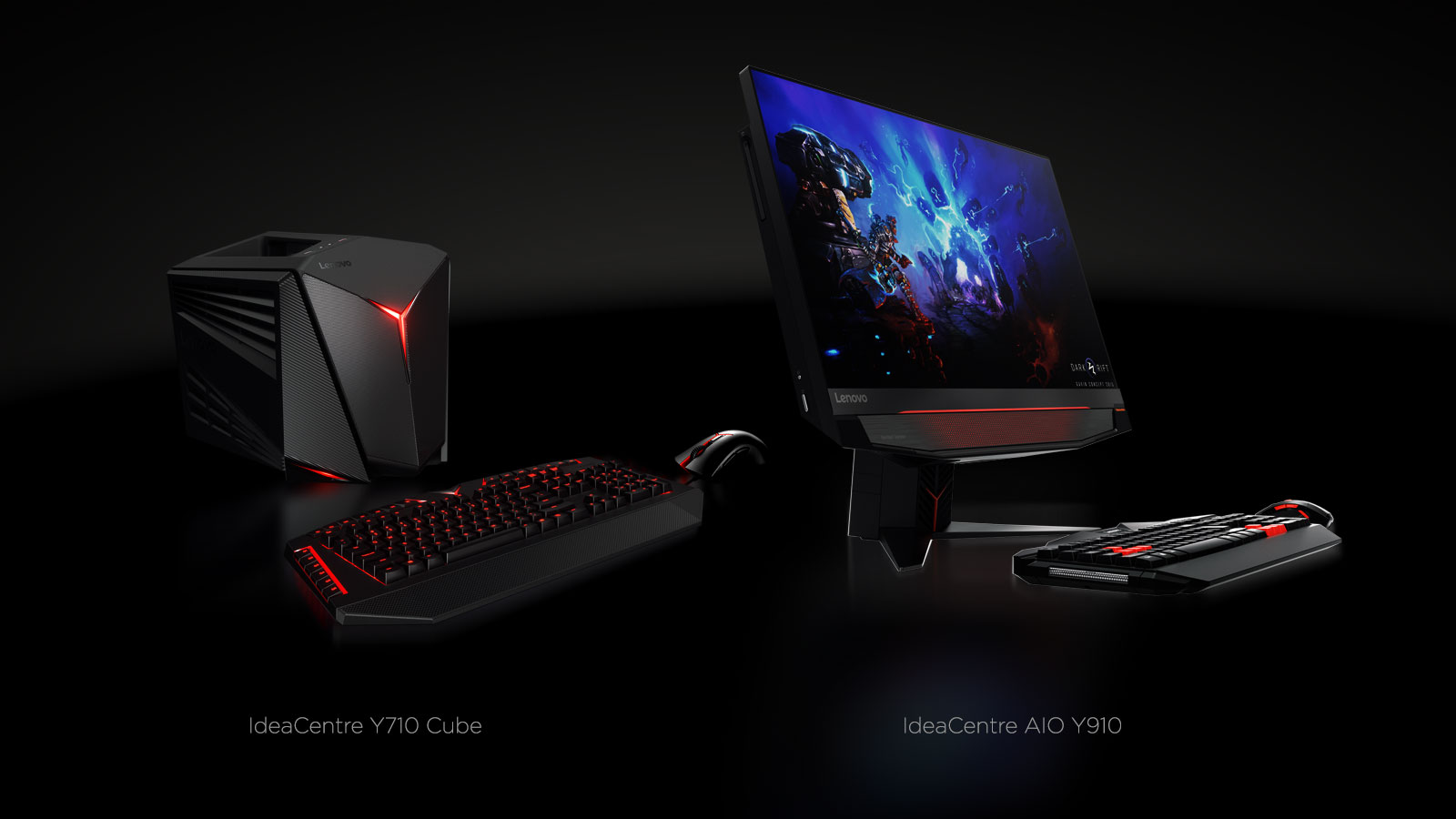 I have been absent from blogging during the summer – busy with other things. But now that autumn is coming, there will be some big announcements coming. At Gamescom 2016, Lenovo just announced a couple of gaming machines! And expect more announcements from Berlin starting on the 31st of this month, when #LenovoLaunch and IFA is happenning again.

If you are a gamer, you probably saw Lenovo announcing gaming strategy changes last year. They have been working on new gaming products to please this segment of the PC market. Today they announced a couple of interesting gaming rigs.

This is an All-In-One PC, meaning it combines the computer and the display together. And what a display it is, at 27″ and having a QHD resolution!

Quick look at the specs: 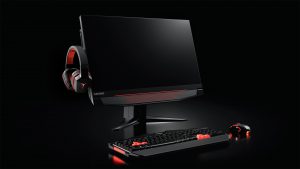 Should be plenty for a serious gaming rig. And to top that, the system is easily upgradeable, so you can switch out your memory, storage or even the GPU!

Lenovo advertises the system as 4K and VR (as in Virtual Reality) ready – if you order it with the right kind of graphics card 🙂 But after that it should connect to Oculus and you can enjoy your VR gaming!

Although gaming PCs have long been dominating the gaming market, gaming notebooks are also a very popular category. I would also choose a notebook instead of a computer, because I like to be mobile and move about. So if you are more of a mobile kind of gamer, then the IdeaPad Y910 might interest you more out of the gaming rigs announced today.

I might be so bold and call the IdeaPad Y910 the notebook version of the Y910 All-In-One. And I think the similar product identifier is a way for Lenovo to suggest the same. Specwise the two are pretty close together.

Let’s look at the hardware first.

I could use that for work as well! 🙂

The IdeaPad Y910 will be VR ready and support Oculus. 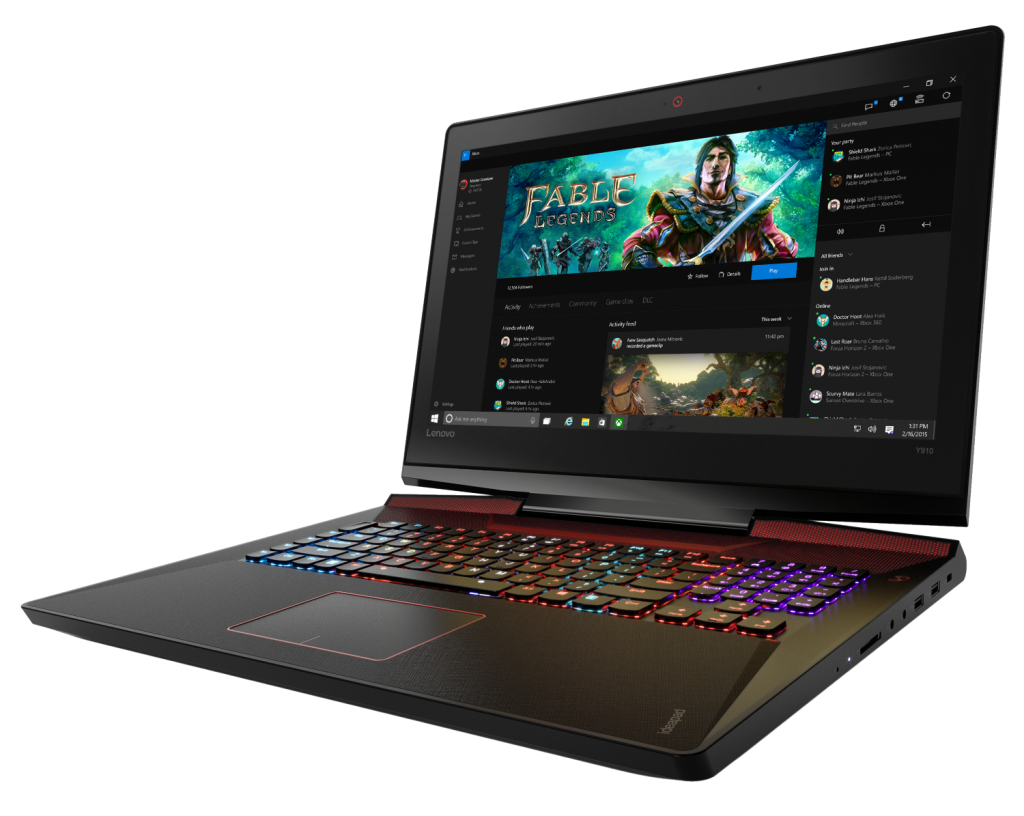 One really cool looking system (little brother to the Y910 All-In-One?) is the Y710 Cube.

It resembles a desktop, it is actually designed to be portable: it has a built in carrying handle. It also supports the XBox One wireless controller (although I don’t know what serious PC gamer would want to use the XBox One controller instead of the keyboard+mouse combo? 🙂

Specwise it is very similar to the Y910.

It’s lighter than the bigger brother, starting at 7.4 Kgs, which is still rather heavy to carry around. It also does not include the display, so you need to hook it up to something – maybe your TV. In fact, Lenovo calls it the Console Conqueror – probably meaning you can use it in your living room with a TV, hook up an XBox controller to it, and start gaming.

It is an interesting choice trying to appeal to console gamers to get a bigger system that is more modular. But because of price being a big thing with consoles, I am not sure how this strategy will work out. After all, gaming consoles are sold with a loss (at first, anyway), to make it more affordable to people. 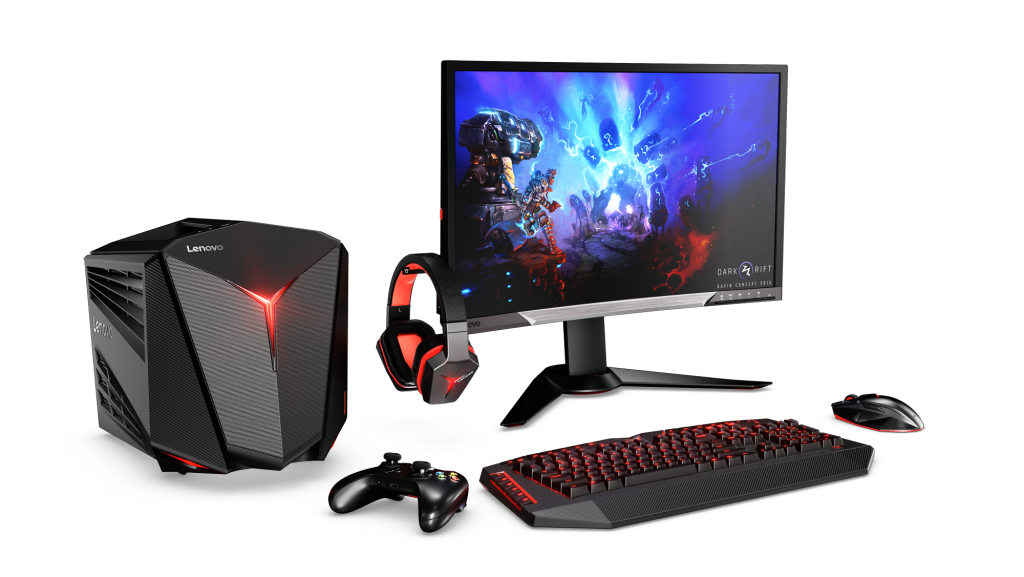 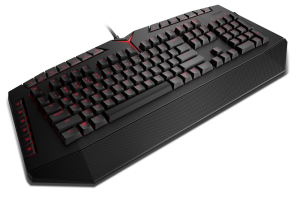