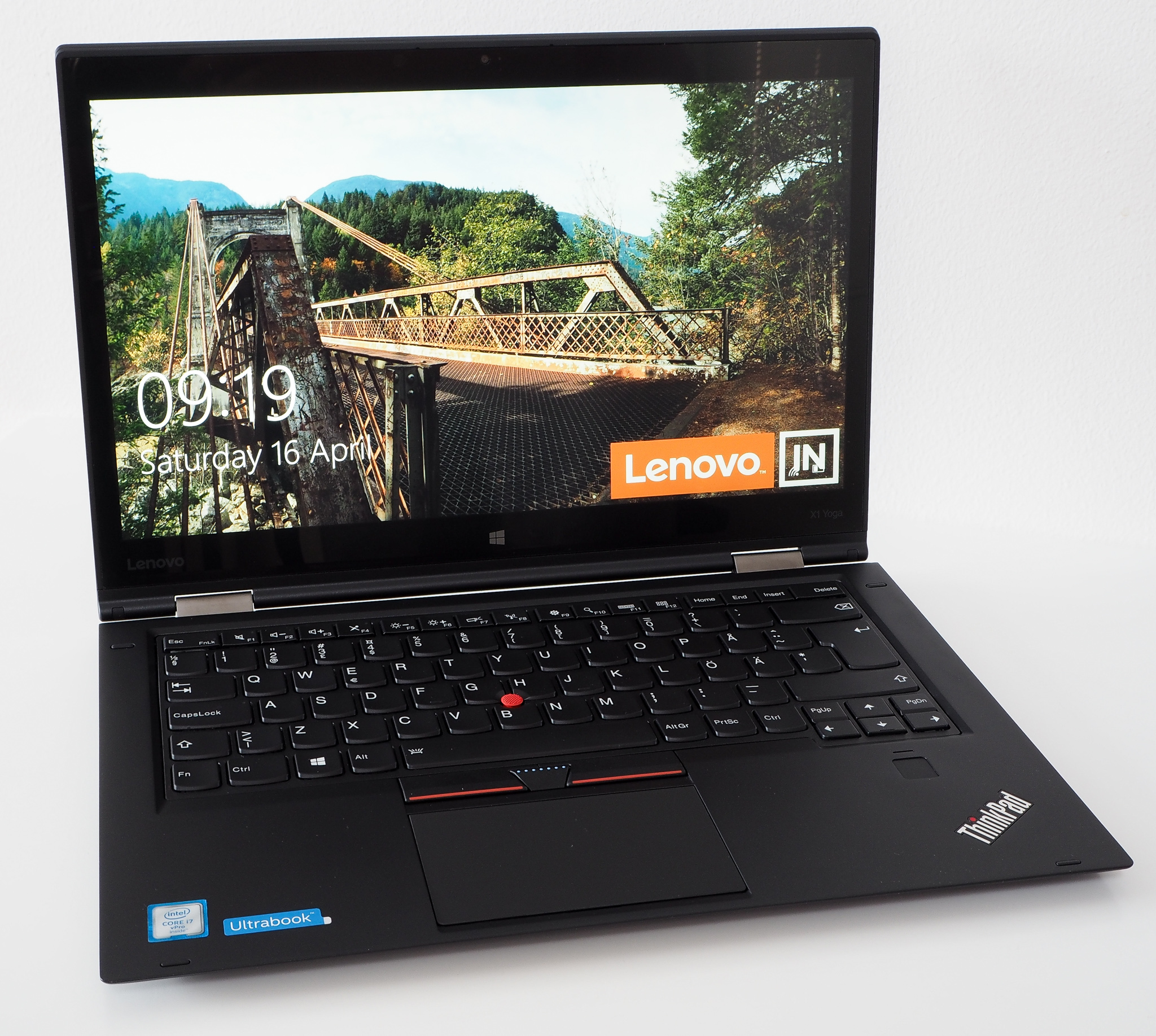 I received my ThinkPad X1 Yoga 7 months ago in March. I have been actively using it every day for work and fun since that time. This article talks about my experience with this computer.

If you feel this article is TL;DR … here is the summary for you

The ThinkPad X1 Yoga is the best computer I could have hoped to get – and I still feel this way after having used it for 7 months. I wanted something that is powerful and yet thin and light and I could carry it with me. Great for coding with two large displays at work, and also for reading web sites, taking notes or just watching videos or listening to music.

Why I decided to get the X1 Yoga

I explored this subject previously, but I want to reiterate it. I was for years looking for a computer that would answer my duality of needs. On one hand, I need a very powerful machine, because I do software development, I need lots of RAM and a good CPU to have my work done. But I also like to take notes on my computer, do presentations, or just sit on the couch and browse the web, and it is no fun taking a heavy computer with me. When I do something light like reading or note taking I don’t need the computer to be acting like a powerful vacuum cleaner (the sound) or heat source.

Previously this dilemma was solved by having multiple computers. One would be for work, but even if it was a notebook it would sit on my desk. Then I would have something smaller, possibly thiner and lighter. I was looking at the X1 line before, but not before the X1 Yoga came along did I decide to take a closer look – and dedicate myself to it for the next couple of years. I usually aim to keep my main system for at least 3 years.

So in March I finally received the X1 Yoga. I was a little afraid to order it right away as it was available – new technology toys tend to have some problems that get fixed as time goes by. There were some initial problems with the X1 Yoga. I wrote about this in my ThinkPad X1 Yoga review or published something about it (4K video problems). These problems have been solved in the recent month, and I have been using the X1Y problem free for the last 4-5 months already. The Anniversary Update for Windows 10 also made the last problems go away (although those were with Windows and not strictly with the machine itself).

If you are just getting an X1 Yoga or have a X1 Yoga that you got earlier and something is not really working, you should first try to install latest drivers and BIOS. This will probably solve many problems. It particular: 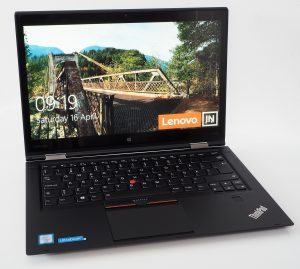 There are a lot of things I like about the X1 Yoga. I will try to talk about a few of them that I think will help others if they are looking at this machine.

Having used the notebook for 7 months I think I got a more realistic battery life experience.

All in all, I would not mind a few hours more, but this is enough for me to not fear running out of power all the time.

What would I change?

Although this section will be the longest, please don’t let this scare you: the X1 Yoga is an exceptionally good machine. But nothing is without faults, and I do miss some things from even the X1 Yoga.

I would guess Lenovo will be addressing some of these issues in the next iteration – as fas as I know, the X1 line has exceeded their expectations, so I would say there will be more iterations to come (keeping my fingers crossed). Nothing is certain of course — keep an eye on CES 2017 for new ThinkPad models.

And now the details!

I find the X1 Yoga hinge a little bit too soft, and would prefer it be more stiff, especially when closing the system. If you compare the hinge to that of the YOGA 900, that holds the notebook closed even if you turn the system upside down. Turn the X1 Yoga even on the side, and it will open a little bit and wobble there. (I tested this on another X1 Yoga as well, not just mine).

In general use the hinge is stiff enough, and it did not get looser during my 7 months of usage.

It just wobbles a little if the notebook is open and the table is shaken, for example. Again, the YOGA 900 is stiffer in this regard as well.

When I put the X1 Yoga into tablet mode, the only thing that keeps the tablet mode closed is gravity or your hands. Again, on the YOGA 900, there are neat magnets that will make sure the tablet mode is more stable by lightly “locking” the display and base back sides together.

Excuse me for again comparing to the YOGA 900, but … the YOGA 900 has rubberized edges on the front side. This means that when opening the notebook into tent mode, the edges that make contact with the surface (table) stick there. The X1 Yoga has the same carbon fiber finish all over, and it is slippery. Combined with the not so stiff hinge, tent mode is more unstable than on the YOGA 900. It does stay in tent mode, but it just doesn’t feel that great.

(side node: stiffer hinge, magnets, rubber edges, these seem like working features on the YOGA 900. As Lenovo has perfected the Yoga formula on the Yoga consumer line, I really don’t like that the experience was not communicated to the ThinkPad team when they were working on the Yoga versions of ThinkPads. Hopefully, these can be fixed in a future update!) 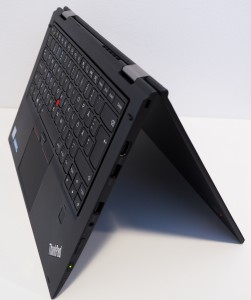 Power on indicator on the inside of the chassis

When putting the system to sleep I often select the sleep option from Start. The display goes blank, but I do not know if it is sleeping unless I look at the back of the lid (with the red led in the ThinkPad label) or the side (with the power button). The inside of the notebook lacks a power on indicator!

This is a little disturbing, and I wish there would be (a third) indicator on the inside. Maybe the ThinkPad text in the palmrest could get the glowing dot on the i letter?

Sometimes I open the laptop and press the power button, and then wait. And I am unsure did I really press it or not – by looking at the side or back indicator, I can know if the system just waiting or did it just not power on. But there is no indicator on the inside.

Better speakers (YOGA 900 has better ones)

I know many will say the X1 Yoga is a business notebook, why would it need good speakers. I say it is a premium machine and it should get the very best! That said, I find the YOGA 900 speakers to be slightly better. And because the X1 Yoga is used for online meetings, I would say speakers need to be very good! (this is a subjective test based on my hearing)

I miss a button to lock the rotation. I think there would be room on the sides for such a button or maybe a tiny switch. When using in tablet mode I often miss a button for this.

The SD card reader is behind a little cover that I find hard to open. I understand having the SIM card behind that, because usually I don’t want to change the SIM card every day. But when I have multiple SD cards I want to work with, the SD card slot does not feel like a great place.

Would I buy it again?

In fact many who also choose the X1 Yoga because of me seem to be satisfied with the choice. If you read my articles or reviews, bought a X1 Yoga because of them, I would love to hear about your experience and opinions below in the comments – whether it is good or bad experience! 🙂