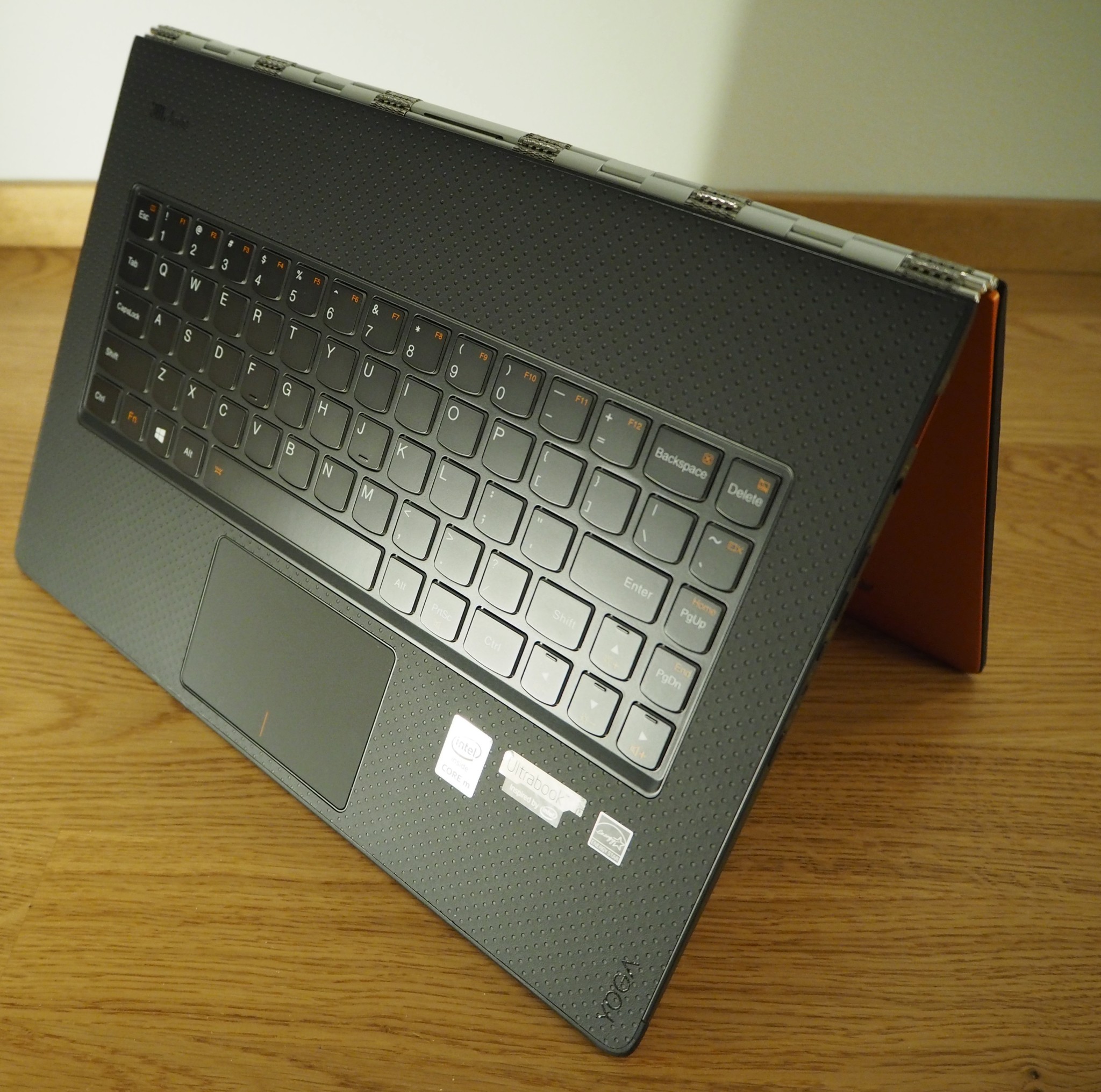 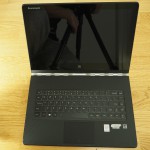 The Yoga 3 Pro is a very light and thin ultrabook or rather 2-in-1 device. It has a high definition screen, and the screen can be bent back a full 360 degrees, transforming the notebook into a tablet. As soon as I took out the Yoga from the box it felt fantastic to hold. It is almost unbelievable how thin and light it really is. This thinness comes at a price for both battery life and performance, which we will get into in a bit.

This is the review of the Yoga 3 Pro. But I will not stop here and will adding more content as I test out other aspects of the system.

Disclaimer: This product was sent to me by Lenovo US as part of the Lenovo Insiders advocacy program. All opinions presented in this article are my own.

Lets start with my pros and cons. 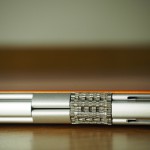 The most impressive part of the hardware is probably the amazing hinge. The Yoga hinge has been unique since it was introduced with the first Yoga notebook. Since then we have seen it on the Yoga 2 Pro and on the ThinkPad Yoga line. For the Yoga 3 Pro, Lenovo came up with something very different, that was inspired by the watch strap. But the basic idea is the same: you can open up the screen between 0 and 360 degrees, and this flexibility is where the Yoga name actually comes from.

The screen also allows the notebook to be used in 4 different operating modes:

As soon as the screen is opened past 180 degrees, the keyboard and touchpad stop working. Even though you can physically press the buttons, they will not react to any pressed until you close the screen back.

During my usage I had very limited use for Stand and Tent mode. Stand mode sounds like something that might come in handy on an airplane with limited space. I used tablet mode for reading and browsing the web, and notebook mode for most of the time with the notebook. I could imagine using tent mode for presenting to one or two people.

Update 20th July 2015: Read my workflow of how the different modes of the Yoga can be used to prepare for a presentation.

The left side of the notebook has:

On the right side:

Talking about the wireless radios: I noticed that wireless reception was poor, compared to other devices. The Yoga 3 Pro I have uses a Realtek wireless adapter, and reading about that in the forums will tell you that people usually think Intel adapters are superior. Compared to other devices in our household (notebooks, tablets and phones) the Yoga 3 Pro does get the worst signal quality. This is however probably not because of the network adapter, but rather because the wireless antenna are located in the palmrest. Unlike other notebooks, the wireless antennas are not in the display assembly, but under your palm as you are using the computer. I am no wireless signal expert, but I fear that this location might have been a poor choice to have the antenna.

The signal quality issue seems to affect both 2.4Ghz as well as 5Ghz reception.

If you have generally good/high quality signal, this would not be a problem. With good wireless coverage the Yoga 3 Pro can take advantage of high speed wireless access. The wireless N and AC networks are very fast. Where this becomes obvious is when you get into low quality signal areas, where the Yoga sometimes fails to get a signal at all.

I find the build quality to be top notch, as far as it can be top notch for something so thin. Nevertheless the notebook feels very sturdy, and you can lift if up by one corner only (it does feel strange holding it that way).

The hinge feels well built. It holds the screen very firmly in place, and does not wobble. I myself did not extensively test the hinge (meaning I did not notice any loosening), but Lenovo hinges are usually the best in their class.

(note that the screen itself does wobble a bit on the upper end, but not because the hinge does not hold it, rather because of it’s thinness)

There are no ripples on the LCD when you apply pressure to the lid. This is actually quite good, because other consumer notebooks too often have very weak covers. This is especially nice since the Yoga 3 Pro is so thin!

Looking at images and videos, there does seem to be a difference between a full HD and a 4K youtube video, the latter being much more crisp and sharp. I cannot say if this is due to the resolution or because of the compression of the different videos. Because lets be honest, at 13″ it is pretty hard seeing individual pixels.

If you are a person who likes to watch images on the desktop, then please get new wallpaper images: High-res images look amazing on this screen.

The DPI scaling produces some funny results sometimes, as not all applications are fully prepared for the scaling. I encountered one rare dialog in Word 2013 that looked tiny (did not scale). This is an example where the application reports that it does support scaling, but parts of the UI were not scaled after all.

Applications that do not support DPI scaling are bitmap-scaled to the proper size. This results in blurred fonts and visuals as a scaling artifact.

All in all, DPI scaling does work quite well, and most of the applications support scaling, and so look really nice on the screen of the Yoga. All browsers, reading apps (Kindle) are supported, so those will not tire your eyes with blurry fonts. 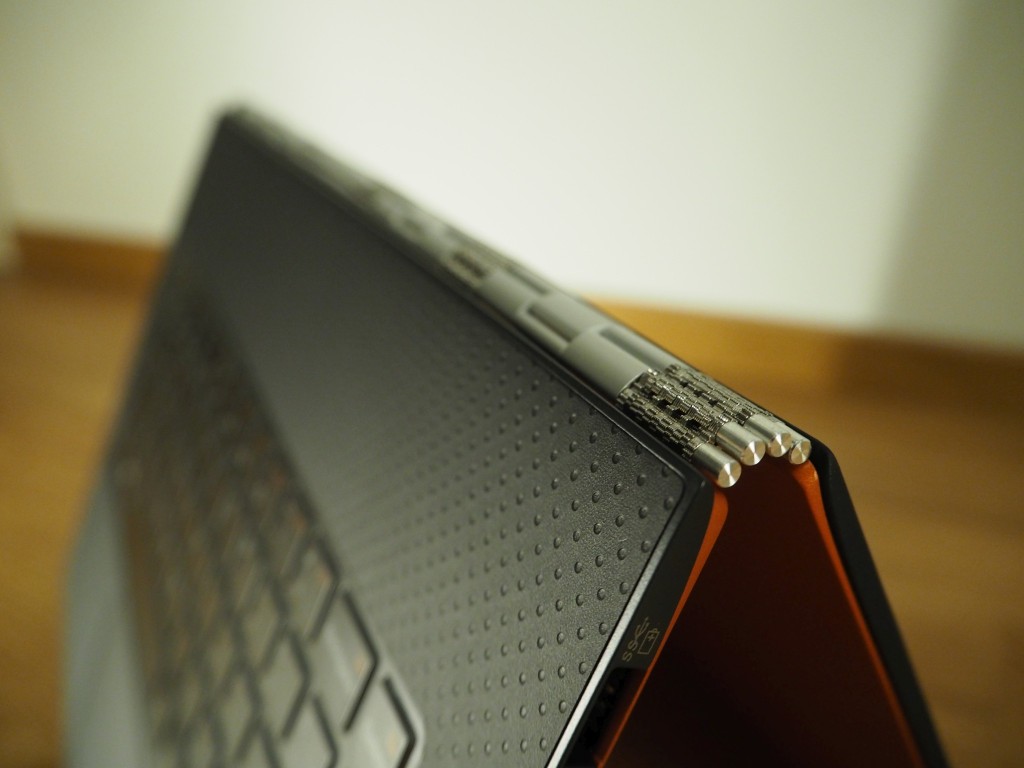 I have not run any benchmarks on the notebook. If you want to see benchmarks, visit a site like notebookcheck, who have extensive benchmarks of all aspects of the CPU and GPU.

In every day usage the computer feels speedy. Applications open up really fast, boot time is practically non existent, even when cold booting. Some people call the Core-M processor an Atom grade CPU. I have a Dell Venue 8 Pro from last year, and the Core-M will run circles around that in performance.

But of course Core-M is not your quad-core i7 CPU either. When performing computation intensive tasks, the restrictions do come forward.

Compressing with 7zip taxes the CPU really hard, and the computer becomes less responsive and hard to use. Compressing 4Gb of data took about 20 minutes.

Using the USB bus to write data (USB stick) does not lock up the same way as compression does, but you do feel a little slow down.

I ran Visual Studio and PhpStorm on the Yoga 3 Pro and both behaved really great. I did not open any complex projects with these tools, but light-to-medium development was fine, you never noticed you are not on a more powerful processor.

There is a problem with 4K videos if you want to watch those on the screen. Watch the videos with IE only, because for some strange reason Chrome does not seem to be hardware accelerating video decoding.

Digging into this issue it would seem like that .mp4 video is hardware decoded. When watching HTML5 video with IE, Youtube serves mp4 videos and the 4K quality looks fantastic. It is also butter smooth, and does not tax the CPU (only to around 40%). When you run Chrome, it wants the videos using its own VP9/WebM codec, which is not hardware accelarated. I was unable to tell Chrome or Youtube to send me mp4 video. HD and 4K videos are for this reason unwatchable in Chrome.

Hopefully Google fixes this. I know they want to promote their own format, but please do not do that at the expense of user experience!

I did not perform any scientific battery tests other than just simply measuring my usage. And battery life varies by usage quite a lot.

Reading (for example in tablet mode) will let you do that for 9+ hours.

Casual work (Office apps, browser, etc) will get you 6-7 hours.

Intensive work (development) will get you around 5 hours.

As always, the display brightness has a big effect on the longetivity of the battery. 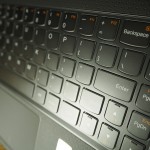 The keyboard is very nice to type on. The key travel is shorter because the notebook needs to be very thin.

The layout also has the F (function) keys missing. You need the press the top row keys together with Fn to activate the F key functions. I am an extensive user of the F keys (I think all developers are, or at least should be :)). With a little bit of getting used to time, I was able to work on the Yoga 3 Pro keyboard just fine, although not as fast as on the regular 6 row keyboards. With 3 USB ports, it is not too difficult to attach an external keyboard whenever I am at a desk.

The keyboard has backlight, which is a on/off solution. Occasionally the backlight felt too strong.

There is a lot of software included on the Yoga. If you want to read about them all, I made a separate post about preloaded software.

The Yoga 3 Pro is a very nice, thin and light 2-in-1 notebook. It is a very good travel companion, taking up very little room. It can still perform most of the office and development tasks I threw at it with ease. You can read with it, watch movies, both of which look very nice and sharp on the excellent display. Don’t expect to play the latest 3D games on the Yoga, because the processor will not be enough for this (apart from very simple games ones). Also if you require a lot of processing power (movie editing, compression, processing, math calculations, etc) you will need a more powerful machine.

My usual daily driver is a ThinkPad T430, which is not overly huge or heavy, but after using and reviewing the Yoga 3 Pro for some time, I do miss the lightness and thinness when on the go.